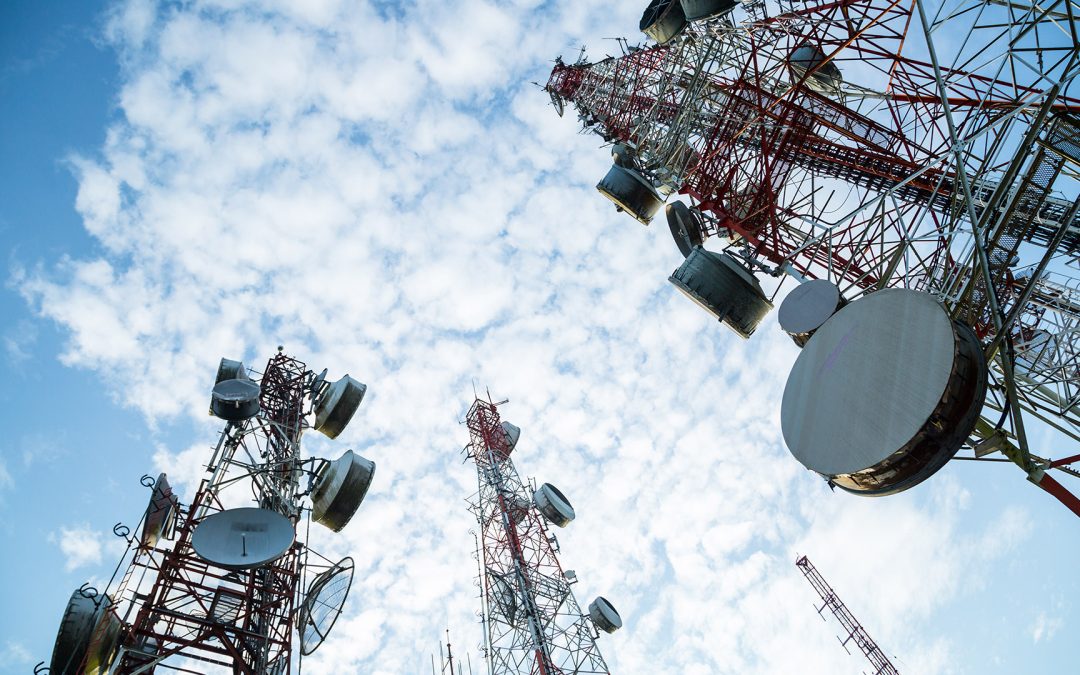 Knowledge of this issue is extremely important to the health and life of you and your family, not to mention your property value. Gov. Brown was going to sign a 5 G bill, but vetoed it after reading Dr. Palls letter.

“Thousands of published studies show biological and health effects from electromagnetic fields. We now know the mechanism that can explain these effects.”

I am Dr. Martin Pall, Professor Emeritus of Biochemistry and Basic Medical Sciences at Washington State University. I am a published and widely cited scientist on the biological effects of electromagnetic fields (EMFs) and speak internationally on this topic. I am particularly expert in how wireless radiation impacts the electrical systems in our bodies. I have published 7 studies showing there exists exquisite sensitivity to electromagnetic fields (EMFs) in the voltage sensors in each cell, such that the force impacting our cells at the voltage sensor has massive impact on the biology in the cells of our bodies [1-7]. These papers are discussed in over 360,000 web sites, which can be easily found by Googling (Martin Pall electromagnetic). I received my PhD at Caltech, one of the top scientific institutions in the world.
I am writing to recommend you veto SB.649.

EMFs act by activating channels in the membrane that surrounds each of our cells, called voltage-gated calcium channels (VGCCs). The EMFs put forces on the voltage sensor that controls the VGCCs of about 7.2 million times greater than the forces on other charged groups in our cells [4,6,7]. This is why weak EMFs have such large biological effects on the cells of our bodies. EMFs work this way not only on human and diverse animal cells [1-7] but also in plant cells [7] so that this is a universal or near universal mechanism of action.

This new understanding [1-7] means we can debunk the claims of the wireless industry that there cannot be a mechanism for effects produced by these weak EMFs. The 20 years plus of industry propaganda claims are false. Rather the thousands of studies showing diverse health impacts of these EMFs can be explained. We now have a mechanism, one that is supported by both the biology and the physics, both of which are pointing in exactly the same direction. I am sending as a separate document a list of 142 reviews, each of which provides from 12 to over a thousand individual citations showing health impacts of low intensity EMFs, EMFs that the telecommunications industry claims cannot have such effects. These 142 reviews and thousands of primary scientific papers they cite show that the industry propaganda has no scientific support whatsoever.
The consensus among independent scientists on this is further confirmed by the 2015 (and later) appeal made to the United Nations and member states, stating that the current EMF safety guidelines are inadequate because they do not take into consideration non-thermal effects. This was signed by 225 scientists from 41 countries, each of whom had published peer reviewed studies on EMF health effects – a total of 2,000 papers published in this area by the signers, a substantial fraction of the total publications in this area.

According to industry, the forces electromagnetic fields place on electrically-charged groups in the cell are too weak to produce biological effects. However, the unique structural properties of the voltage-gated calcium channel (VGCC) protein can, it turns out, explain why the force on a cell’s voltage sensor from low-intensity EMFs are millions of times stronger than are the forces on singly-charged groups elsewhere in the cell.
It would be a disaster for the health of Californians to be exposed to the antennas envisioned in SB 649. The State of California would be making a grave mistake to proceed with supporting the commercial interests of the wireless industry with this legislation. You would best veto this bill, Governor Brown, and pause to understand the gravity of the biological effects, and the ramifications for physical and mental health, as well as consequences from continual damage to human DNA, and learn the facts from scientists who are independent of the wireless industry, not from the industry lobbyists who have a gigantic conflict of interest.
VGCC activation in cells produced by low intensity EMFs can explain long-reported findings that electromagnetic fields cause a wide range of biological changes and health effects. The first 6 of these (see below) were well documented 46 years ago in the U.S. Office of Naval Medical Research report, published in 1971 [8]. The others that follow have been extensively documented subsequently in the peer-reviewed scientific literature:
1) Various neurological/neuropsychiatric effects, including changes in brain structure and function, changes in various types of psychological responses and changes in behavior. 2) At least eight different endocrine (hormonal) effects. 3) Cardiac effects influencing the electrical control of the heart, including changes in ECGs, producing arrhythmias, changes that can be life threatening. 4) Chromosome breaks and other changes in chromosome structure. 5) Histological changes in the testes. 6) Cell death (what is now called apoptosis, a process important in neurodegenerative diseases).

Since 1971 many other effects of such EMFs must be added to that list: 7) Lowered male fertility including lowered sperm quality and function and also lowered female fertility (less studied). 8) Oxidative stress. 9) Changes in calcium fluxes and calcium signaling. 10) Cellular DNA damage including single strand breaks and double strand breaks in cellular DNA and also 8-OHdG in cellular DNA. 11) Cancer which is likely to involve these DNA changes but also increased rates of tumor promotion-like events. 12) Therapeutic effects including stimulation of bone growth. 13) Cataract formation (previously thought to be thermal, now known not to be). 14) Breakdown of the blood-brain barrier. 15) Melatonin depletion and sleep disruption.

They may be low intensity but with regard to the VGCCs, electromagnetic fields can have a tremendously powerful impact on the cells of our bodies. Furthermore, published studies showing that calcium channel blocker drugs block or greatly lower biological effects from electromagnetic fields confirm there is a VGCC activation mechanism that is causing various effects. Higher frequency electromagnetic fields from 5G technologies on the horizon pose even greater biological concern than those to which we are exposed today. We should be moving, instead, to wired technologies at every opportunity, based on what we know in science today, not expanding and supporting the proliferation of wireless. I want to make several additional points very clear:

The Physics and the Biology are both pointing in the same direction. Both show that EMFs act primarily via activating the VGCCs in the cells of our bodies.
DNA damage known to be produced by these EMFs occur in human sperm and may also occur in human eggs, leading to large increases in mutation in any children born. It is thought that an increase in mutation frequency of 2.5 to 3-fold will lead to extinction because of accumulation of large numbers of damaging mutations. We may already be over this level, and if so, simply continuing our current exposures will lead to eventual extinction. Further increases in exposures will be more rapidly self-destructive.

Pulsed EMFs are, in most cases, more biologically active and therefore more dangerous than are non-pulsed (continuous wave) EMFs. All cordless communication devices communicate via pulsations, because it is the pulsations that carry the information communicated. All the industry claims of safety are based on a theory (only thermal effects) that was known to be wrong back in 1971 [8] – and that was before many thousands of additional studies were published providing massive confirmation that industry claims are false.

The industry is trying to move to much higher frequencies with 5G because these much higher frequencies allow much higher pulsations and therefore much faster transmission of information. However, these higher pulsation rates make these ultra-high devices vastly more dangerous. This is part of the reason why it is so important to vote down SB 649.
None of our wireless communication devices are ever tested biologically for safety – not cell phone towers, not cell phones, not Wi-Fi, not cordless phones, not smart meters and certainly not 5G phones, or radar units in cars – before they are put out to irradiate an unsuspecting public.

The telecommunications industry has corrupted the agencies that are supposed to be regulating them. The best example of this is that the FCC which regulates EMFs in the U.S. is a “captured agency”, captured by the industry it is supposed to regulate, according to an 8-chapter document published by the Edmond J. Safra Center for Ethics at Harvard University [9]. Is it any wonder, therefore, that the industry keeps touting that their devices are within the safety guidelines set by the FCC?

We know how the EMFs work in the body and that the industry propaganda has no science behind it. But what can we say about the 5G EMFs and what effects it will have on our bodies? 5G will be much more active in activating the VGCCs and producing health impacts because of its rapid absorption by materials in the body, because of its very rapid pulsations and because of the huge number antennae they are planning to put up, at least 200 times the number of antennae from all current cell phone towers. What this means is that the impacts on the outer one to two inches of our bodies will be massive. Because of this we can expect humans to suffer from:

Because plants and animals are affected much as we are, but they have much larger parts of them are highly exposed to the 5G radiation, the impacts on insects (including bees and other pollinators), birds, small mammals and almost all plants will be much more severe than the effects of humans. Even large trees have their leaves and reproductive organs highly exposed to 5G radiation. It is quite possible that the attempts by industry to put 5G in rural areas of California will have tremendous impact on California’s unique agriculture. It is hard to imagine the chaos that will be generated on thousands of different species. To put 5G out with no biological safety testing is, in my view, a travesty.

I urge you to do the right thing on behalf of the health of Californians and future generations: Please VETO SB 649. Please let me know if I can provide further information, or if you’d like to meet in person to learn more, feel free to contact me at (503) 232-3883.
Respectfully,
/s/ Martin Pall
Martin Pall, PhD