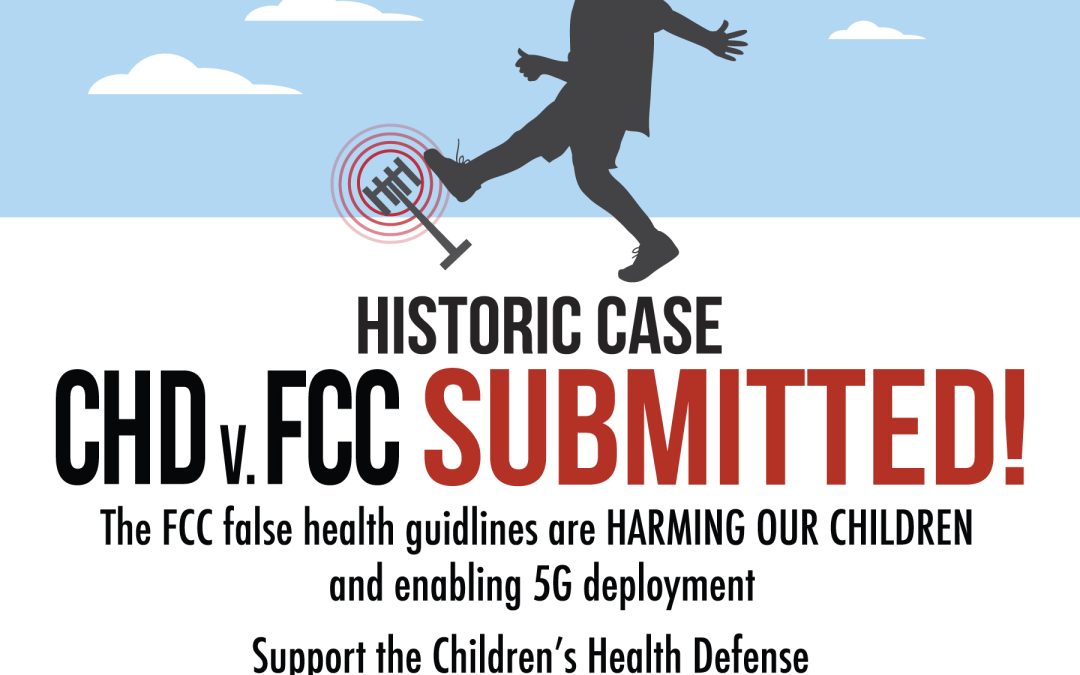 On Friday, Aug. 13 , the U.S. Court of Appeals for the DC Circuit published its decision. The court ruled that the FCC’s failure to provide a reasoned explanation for its determination that its 1996 radiofrequency (RF) emission guidelines adequately protect the public against the harmful effects of exposure to radiation from 5G and wireless-based technologies unrelated to cancer, renders the agency’s decision capricious, arbitrary and not evidence based, in violation of the Administrative Procedures Act (APA). The court judgment remanded the decision to the Commission.

According to the court, analysis provided by the U.S. Federal Drug Administration (FDA) on which the FCC relied for its decision, was also not evidence based, failing to meet the level of analysis required from a government agency. The court also dismissed the FCC’s attempt to construe other agencies’ silence as consent.

“The court’s decision exposes the FCC and FDA as captive agencies that have abandoned their duty to protect public health in favor of a single-minded crusade to increase telecom industry profits,” said CHD Chairman and an attorney on the case Robert F. Kennedy, Jr.

Over a thousand comments and extensive evidence of harm from radiation well below the guidelines’ allowed levels were filed with the FCC by scientists, medical organizations, municipalities and individuals who have developed sickness from this technology. The petitioners filed 11,000 pages of such evidence. The court ruled that the FCC’s failure to respond to them also renders the decision capricious and arbitrary.

Relying on the Petitioner’s brief, the court referenced evidence of Radiation Sickness (electro-sensitivity), neurological effects, oxidative stress (a causal mechanism of harm), effects on sperm and prenatal exposure, and blood-brain barrier damage. It emphasized the FCC’s failure to respond to evidence of the effects on children, especially in regard to testing procedures for cell phones.

“The FCC will finally have to confront the immense suffering that has already been caused by the FCC’s and FDA’s unprecedented fecklessness,” said attorney Dafna Tachover, CHD’s Director of its 5G and Wireless Harms Project who initiated and led the case for CHD. “Finally the truth is out. I am hopeful that following this decision, the FCC will finally act with the public interest in mind, warn the public to reduce exposure and halt any further deployment of wireless and 5G.”

The FCC guidelines test for a 30-minute exposure from a single device and consider only heat effects on tissue. The court determined that the FCC failed to respond to evidence showing that the guidelines fail to consider elements that may be crucial to the creation of non-thermal effects, including long-term exposure to RF radiation; nor did it take into account the effects of pulsation and modulation (two methods of imbuing radio waves with information).

Evidence related to the effects of technological developments that have occurred since 1996, including the ubiquity of wireless devices, Wi-Fi, and the emergence of “5G” technology was also ignored by the FCC.

The court noted that the FCC completely failed to acknowledge and respond to evidence concerning harms to the environment. It quoted a 2014 letter from the US Department of the Interior voicing concern that radiation from cell towers affects migratory birds and concluding that the FCC guidelines are 30 years out of date.

Addressing the court’s decision, CHD’s lead attorney for the case, Scott McCollough, a telecommunications and administrative law attorney, said, “This is an historic win. The FCC will have to re-open the proceeding and for the first time meaningfully and responsibly confront the vast amount of scientific and medical evidence showing that current guidelines do not adequately protect health and the environment.”

In 2013, the FCC opened a notice of inquiry requesting comment on whether the Commission should initiate a rulemaking to modify its 1996 guidelines. In Dec. 2019, the FCC  concluded that no rulemaking was necessary. Consequently, CHD filed the case on February 2, 2020, challenging the FCC decision. A similar case was filed by the Environmental Health Trust. The cases were consolidated. CHD and EHT filed joint briefs.