Standing for Veterans and Their Families

Margie’s patriotism and desire to help both those who are serving and their families, lead her to write the song “I Stand for My Country”.  This song has received the following awards: 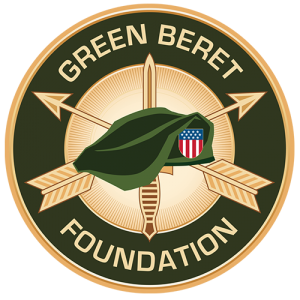 “I Stand for My Country” is currently traveling around the country with the “Through the Eyes” – Vietnam Museum. Her support of our armed forces through her artistic mediums of songs & poems is appreciated by so many of our families of men and women in uniform. (Read some letters).

Margie has also written a poem  called  “Desert Shield”.    This poem has brought peace to many soldiers and families. And Margie has received letters from Members of Congress and from the General in charge of the Desert Shield Operation thanking her for writing this poem.

“Thanks for your contribution to U.S. Service members all over the World.  We issue the CDs to Family Readiness Groups leaders to play before and after their meeting so that family members and soldiers realize that they are not alone… Hearing the letter from home read to the music of America the Beautiful does something to the soul and spirit of the deployed soldier as well as the family member. Thank you for your support of our troops and country.”

“Thank you for the CDs you provided the 138th Fighter Wing.  The spouses and children find comfort in the words you have so eloquently passed along. “

“The CDs are wonderful.  I would like 500 more to share with our soldiers and families that are away serving our country… Thanks for what you are doing.”

“I am happy to learn that Oklahoma has a terrific American like you.  Your motivational CDs will send the right message to our deployed forces.”  –

“…thank you for sending me the poem you have written about Desert Shield. I appreciate everything you are doing to support our efforts…”

“We deeply appreciate your warm thoughts and your concern for all American servicemen and women.”

Letters from Members of Congress